On a typically cold and wet afternoon in Manchester, IPSO Tutors, Martin Dobson and Colin Chambers were invited to the International House Manchester Football Academy to assess the young players from the perspective of two professional Scouts. After an entertaining game between the players in horrendous conditions it was back to the college.

The I H Manchester Football Academy is a private fee-paying accredited school. With a fully Professional Football Academy which is available to the full-time enrolled students. Where aspiring young players can study, trial and train to gain the necessary education for a successful career.

IPSO was there to asses the young players in a professional way delivering scout reports on the players at this moment in time and where they are now, advising them where they need to improve in their personal game at this moment in time. Each player gets a professional report from experienced professionals who have worked in the premier league and international football for many years. Not only that but the IPSO tutors go back to the college to explain their performances from video analysis. A great experience for the young players were they can also ask the pro’s about their own personal performances or any other questions that may help in their development. After the analysis IPSO delivered our special presentation of what do scouts look for when assessing young talent, a great presentation to suit all players at any level.

Post-Match, having watched some impressive displays the team all met in the classroom to analyse their performances as well as professional insight inside a career of scouting or analysis outside of playing.

Colin Chambers the education director of IPSO commented on the players in the game ”they really gave it their all and showed great commitment in the game. I was impressed with some real quality performances and afterwards, at the college, their willingness to listen and join in the education program we put together was also very encouraging. I think the players will take a lot from the day and especially their individual reports from their performance.”

It is very important for a young talented player to know what someone is potentially looking for in order to succeed. As well as receive critical feedback that will improve the players in the long run, they also understand the importance of scouting and analysis in order to prepare them for the next step in their footballing careers.

During the IHM scout assessment day, every player enrolled on the program was included in the assessment game. The players played out a competitive 11 v 11 with Colin and Martin watching on and taking notes. Each player participating will received a scouts’ report. This will highlight how a scout would see them in that game and areas for improvement.

Following on from the game Colin took all the players into the classroom and reviewed one of the IHM previous games captured on the academy VEO camera. Colin was able to talk the players through what he, as a scout, saw in the game and what he would report back to an opposition manger if he’d been request by a club to do a report on the team, similarly he was able to highlight individual play and what areas, when scouting, he would look at. The final part of IPSO’s classroom session was a very beneficial presentation on how scouts work, when they look for, how they report back. This is a great insight for the players to understand the scouting process and enable them to perform at their highest level to optimize their chances now and in the future of being seen.

The days was a great success and we look forward to the players receiving their scouting reports. All the players engaged fantastically in the sessions, which will be repeated in the second half of the season, giving the players an opportunity to showcase themselves again and improve on their reports. The reports received can be used for future progression and added to the players portfolios.

A great day was had by all apart from the terrible weather on the day! 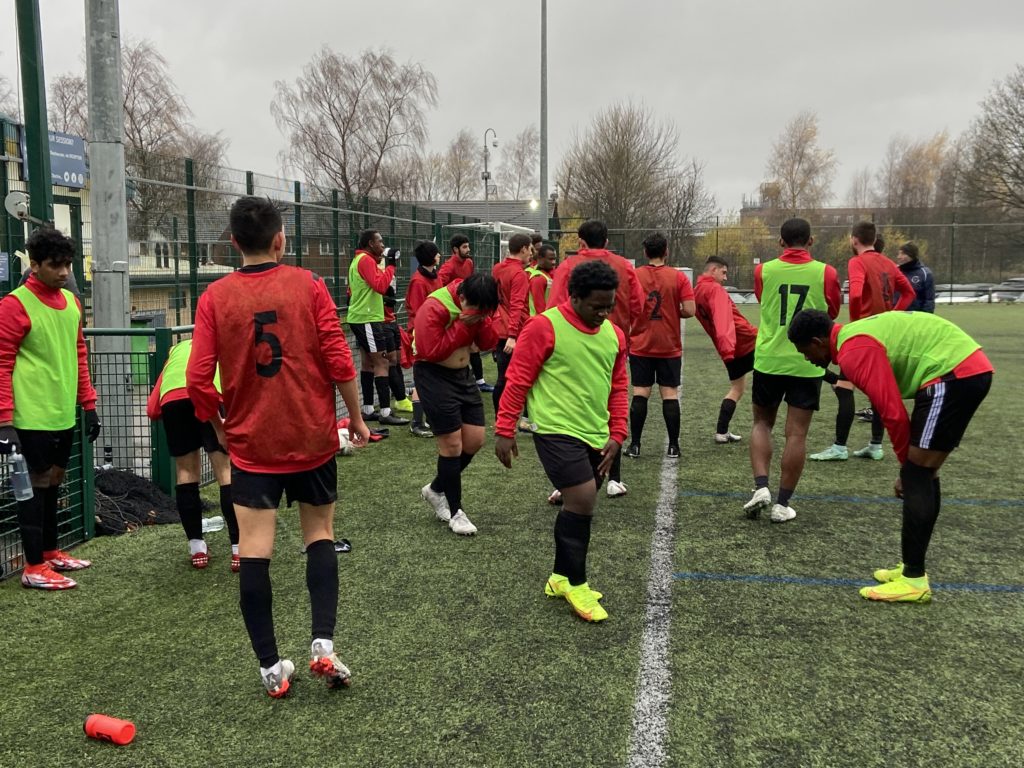 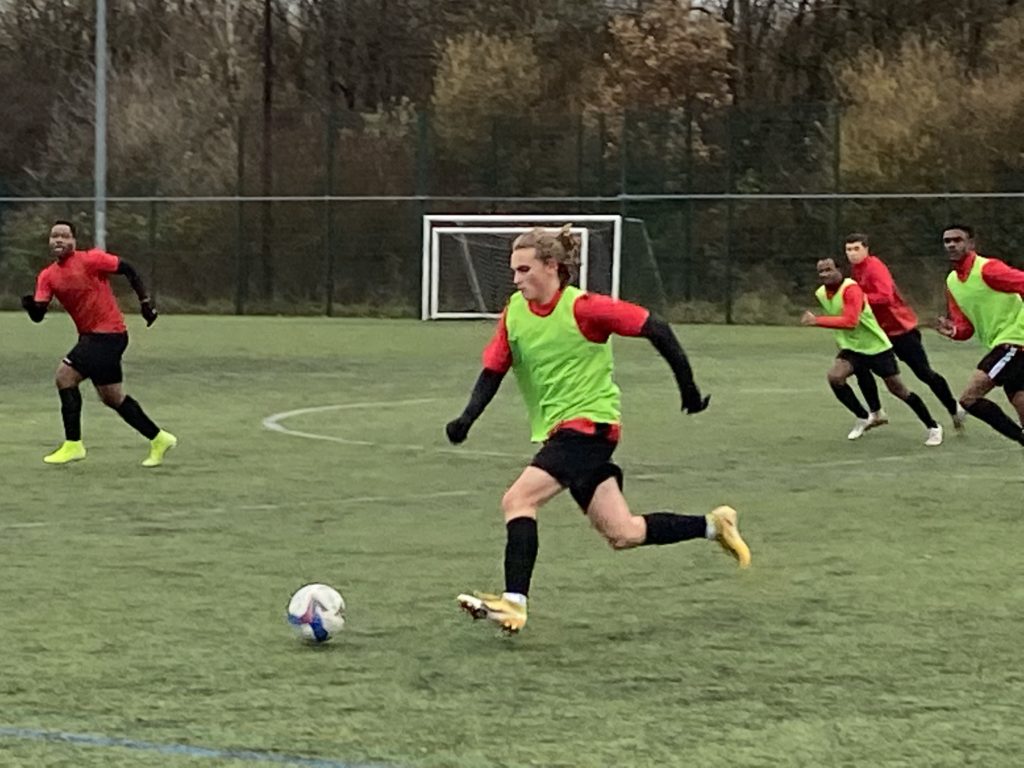 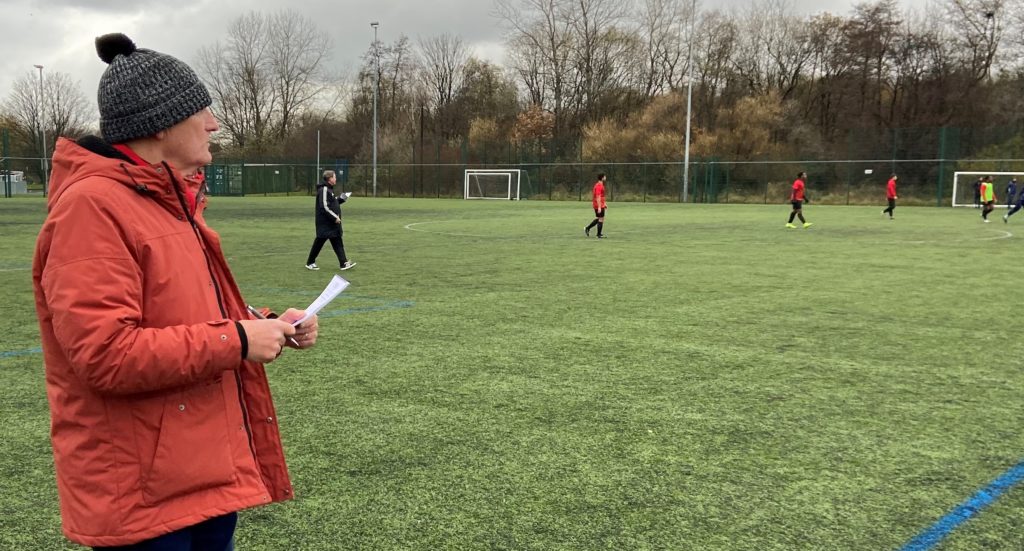 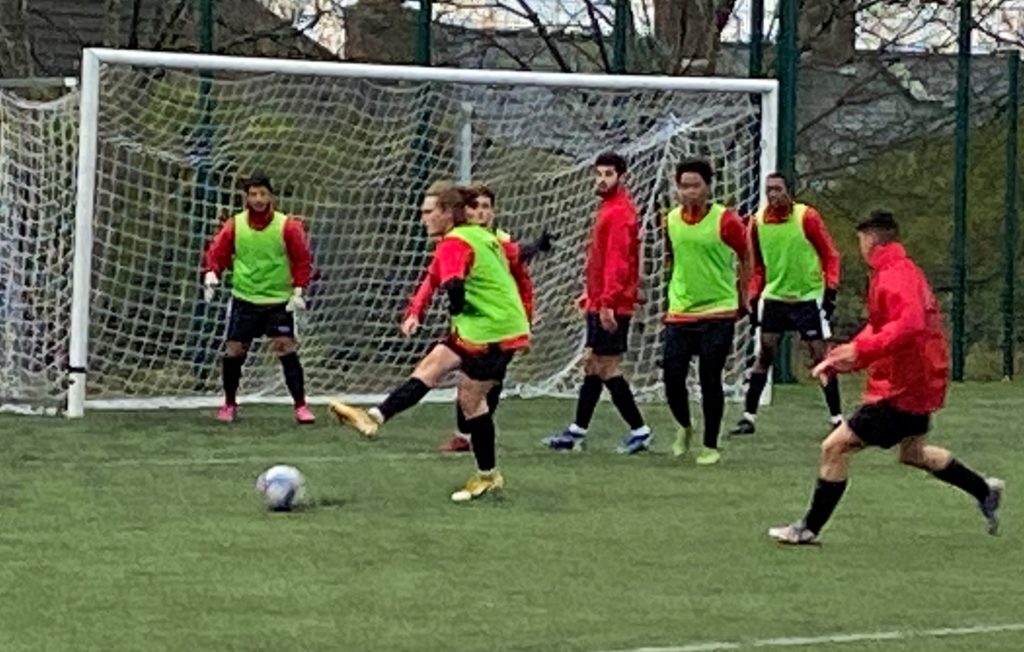 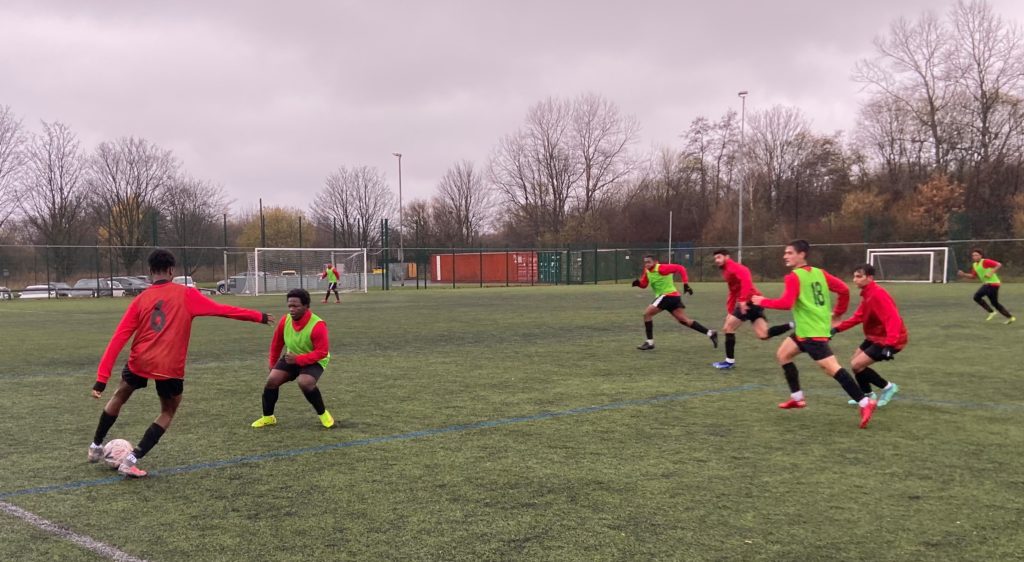 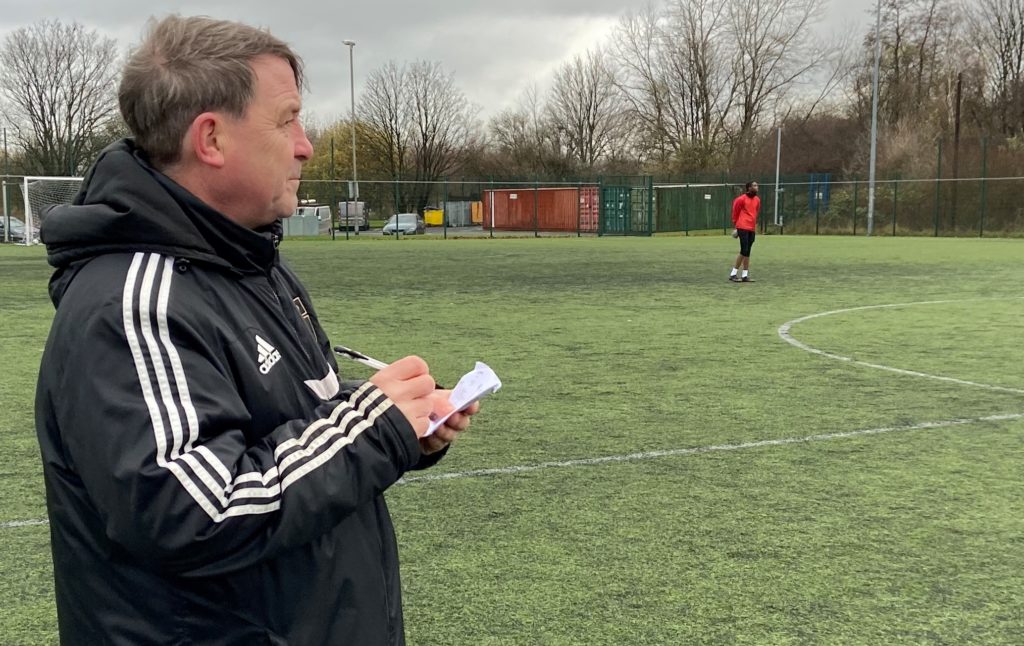 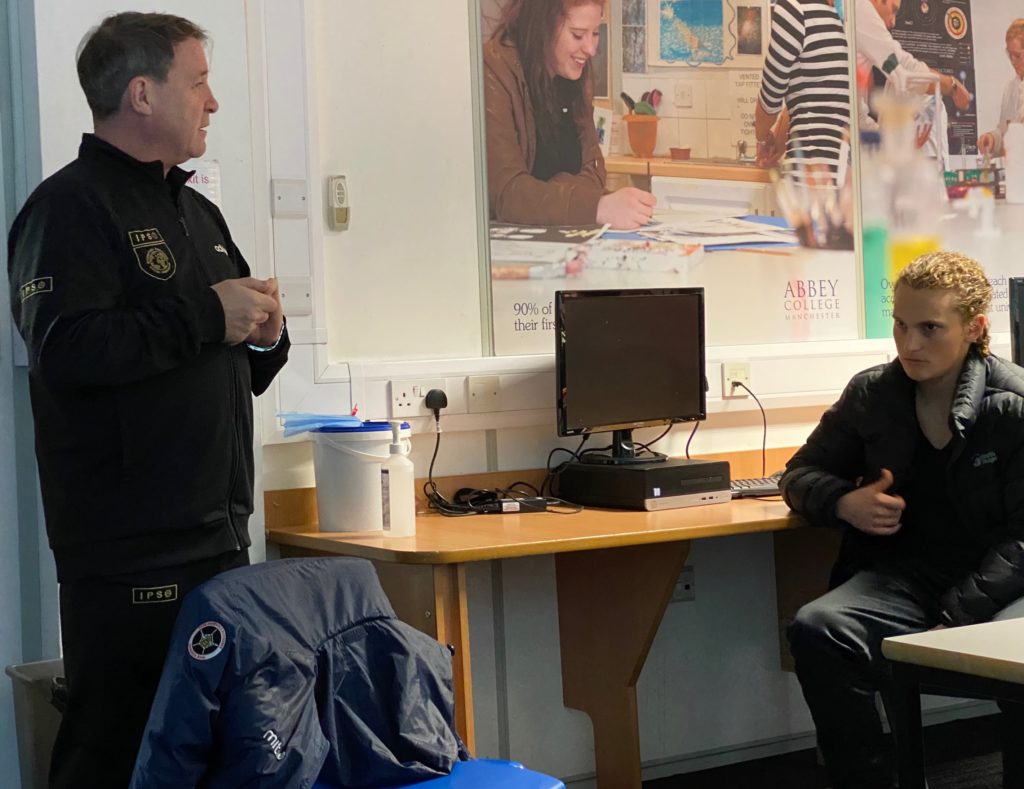 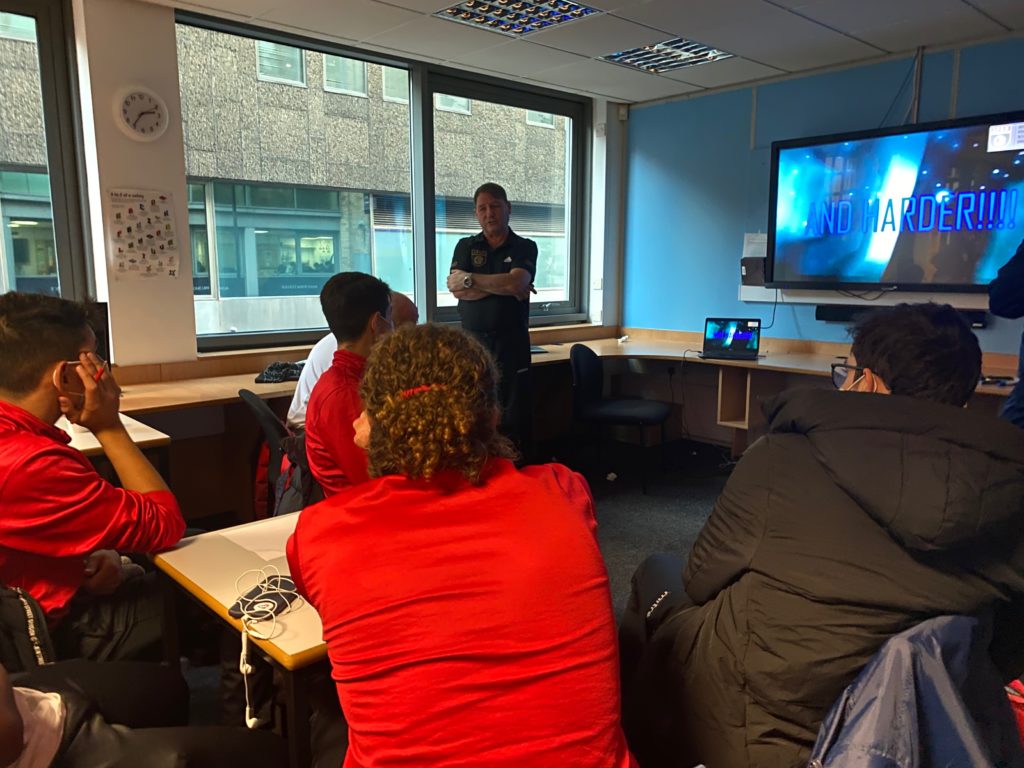 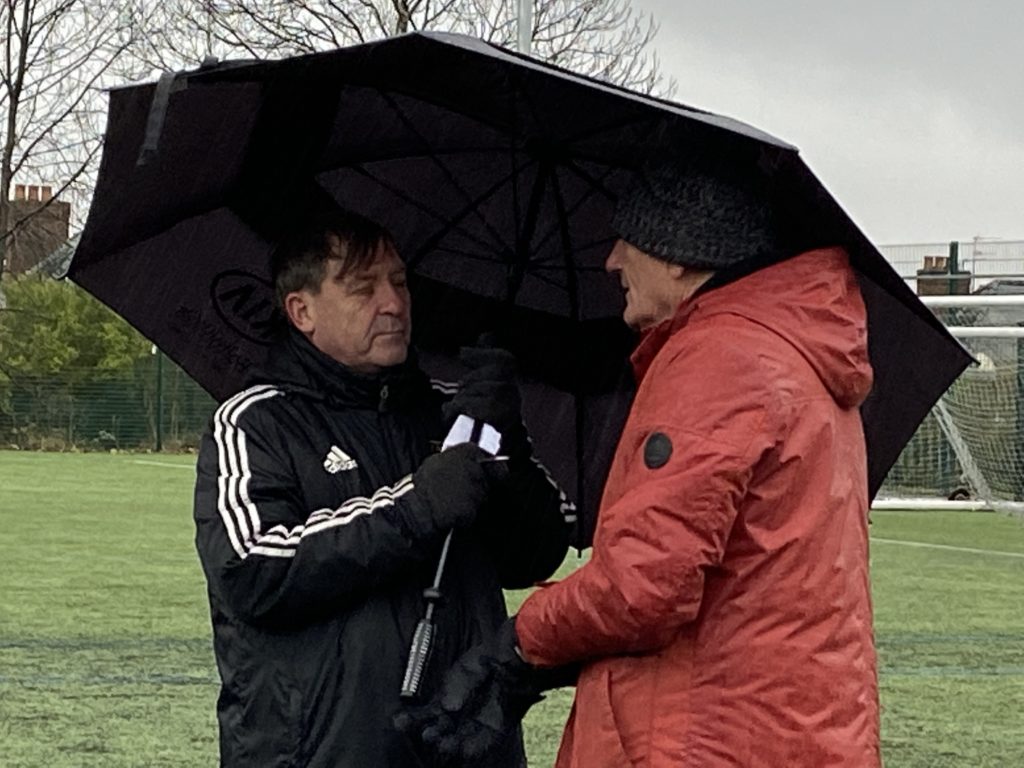 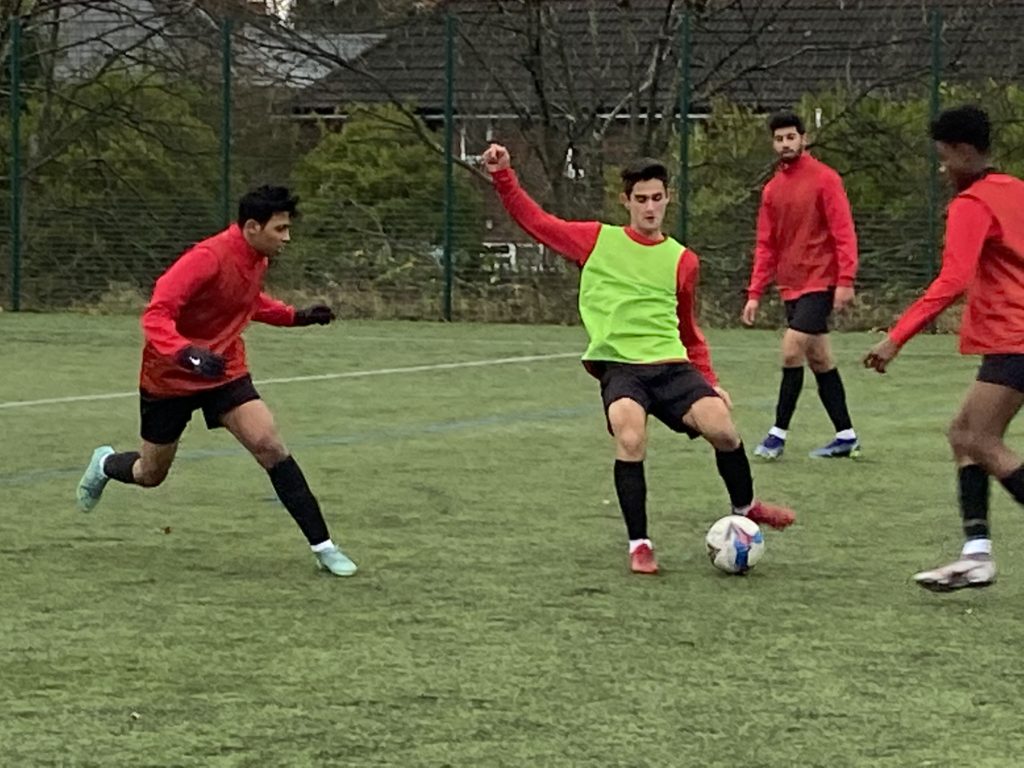 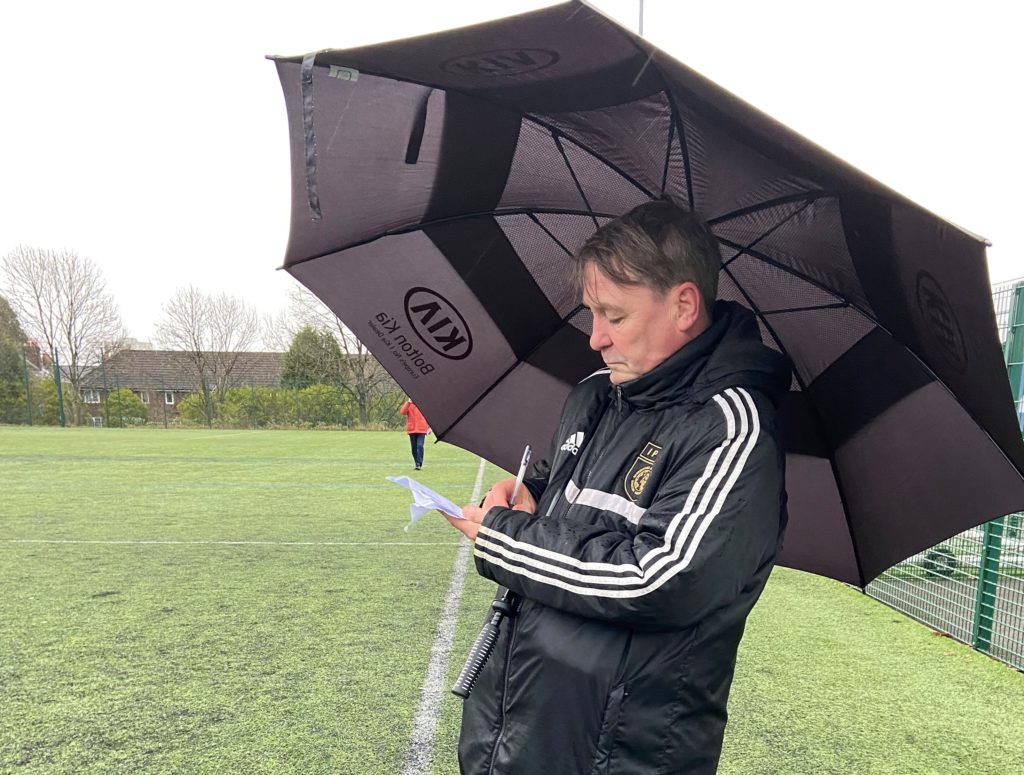 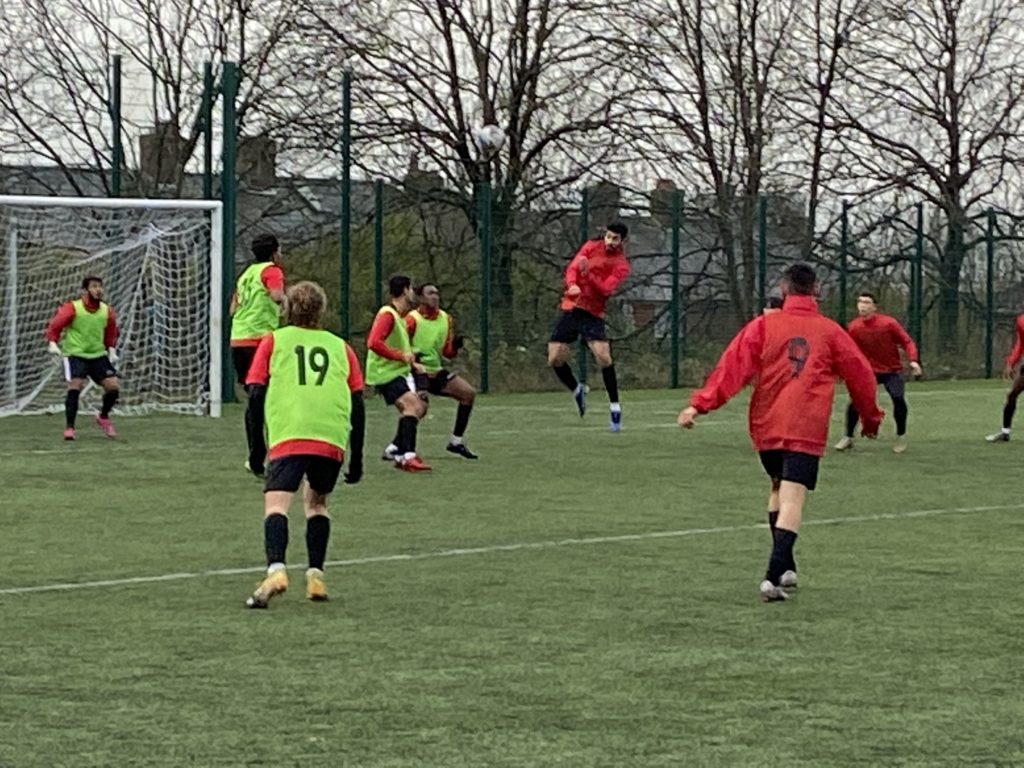 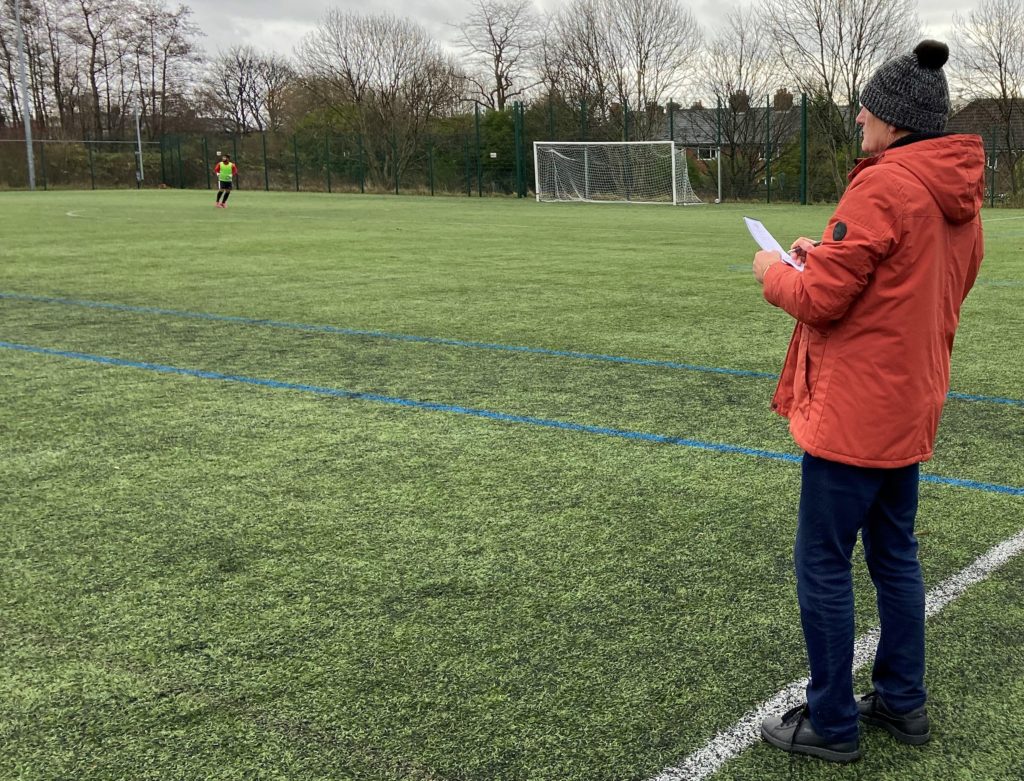 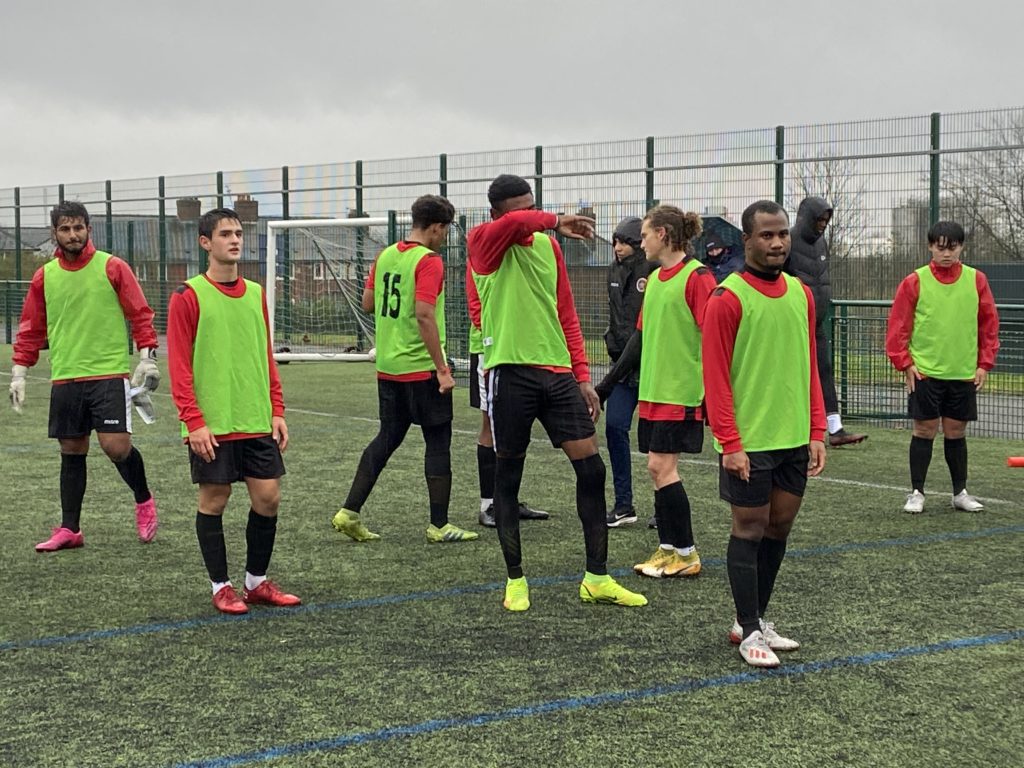 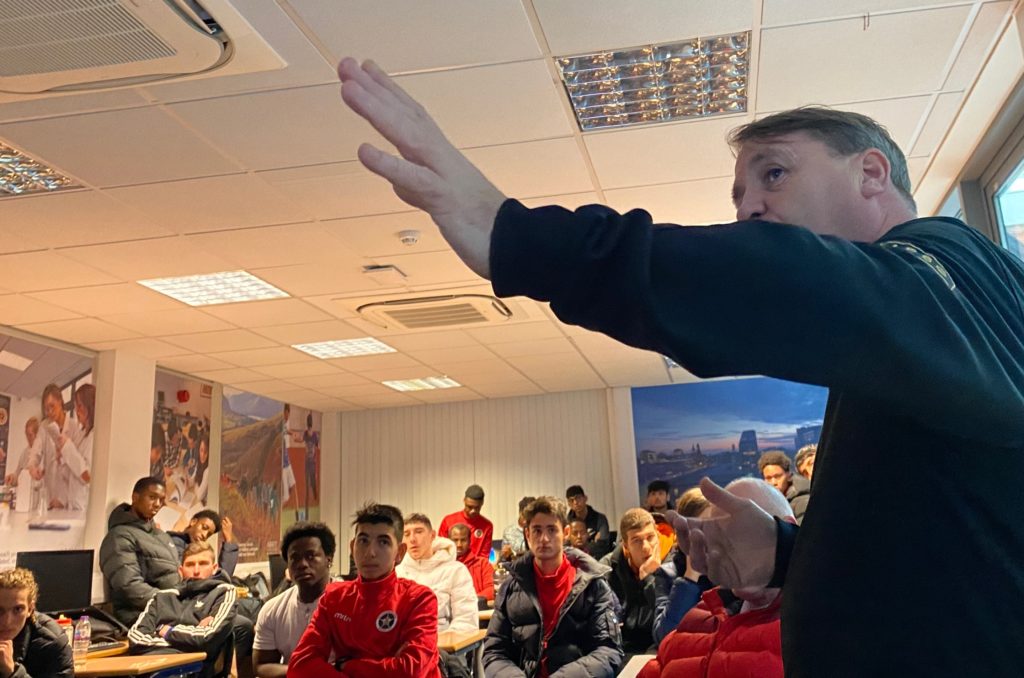 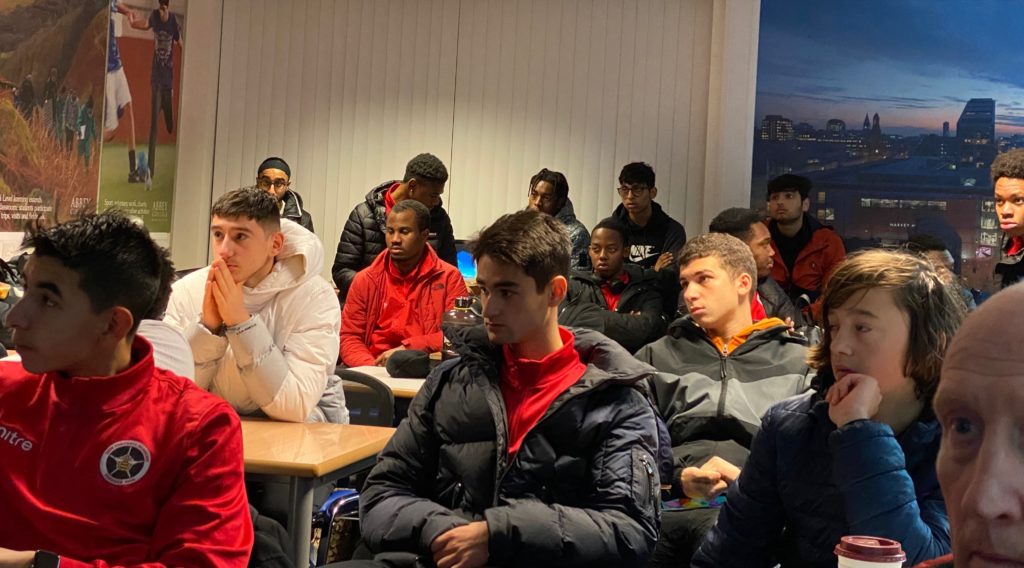 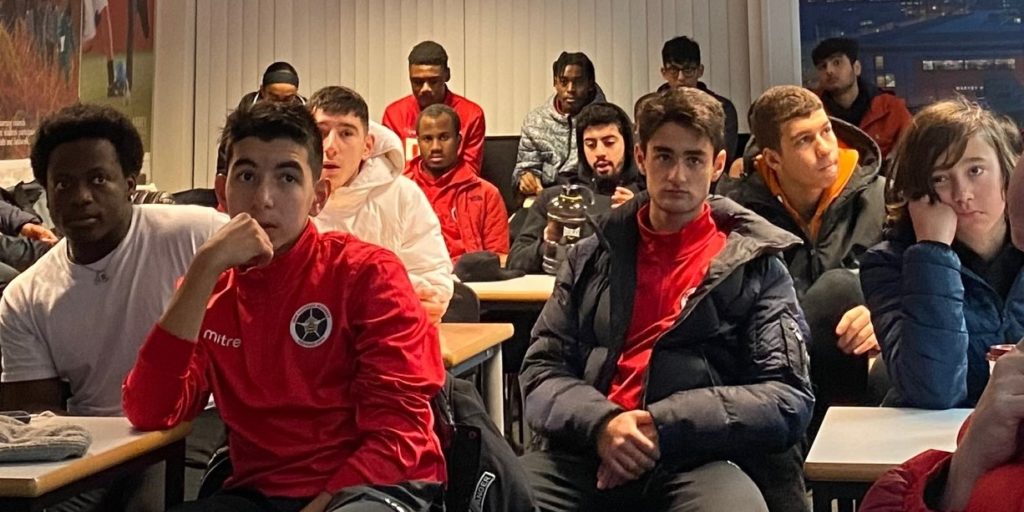 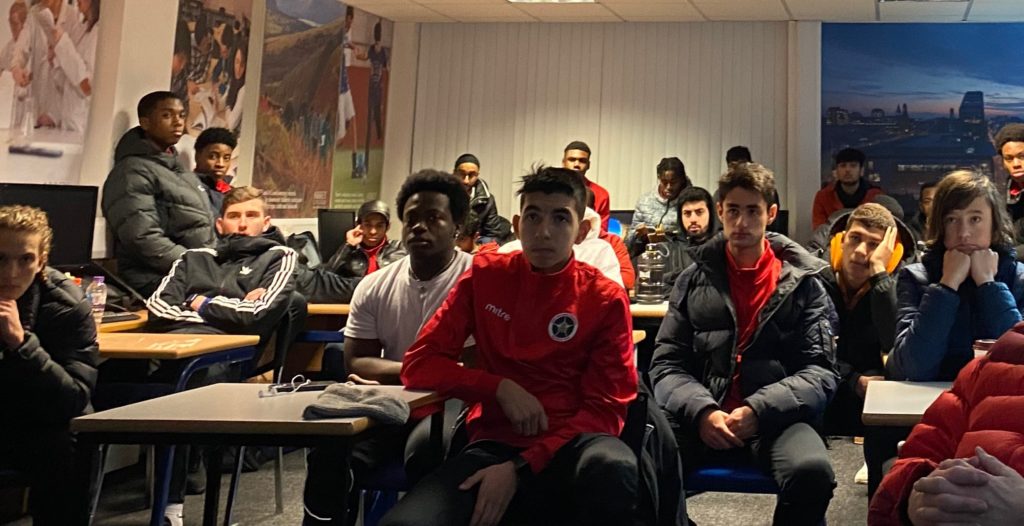 If you would like your club, university, institute to be analaysed by professional scouts please get in touch with us tel: +447980114048 or email scouting@ipsofootball.com 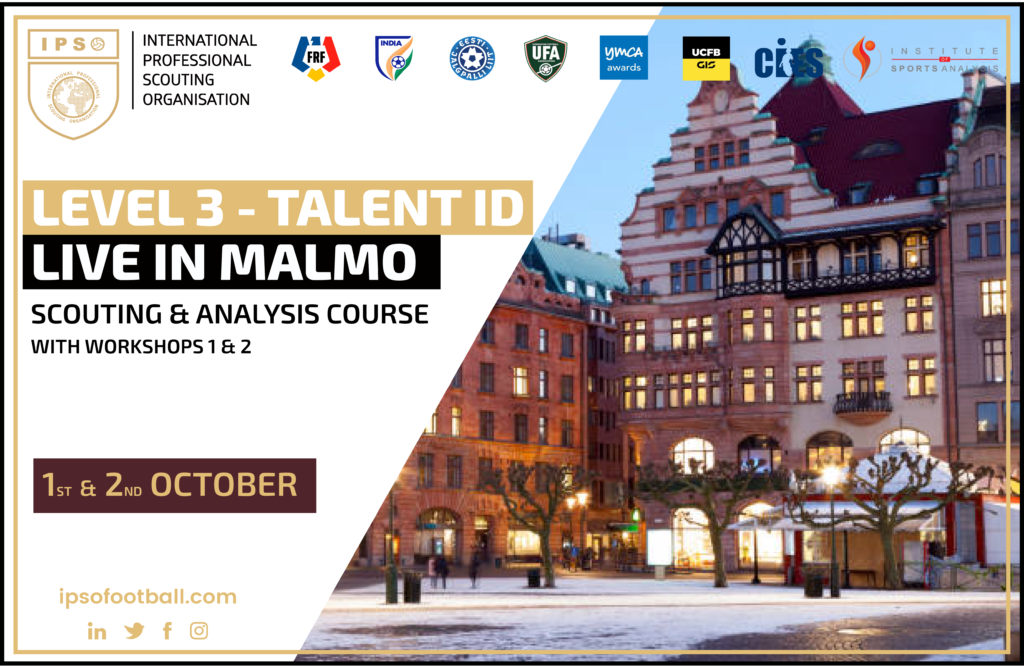 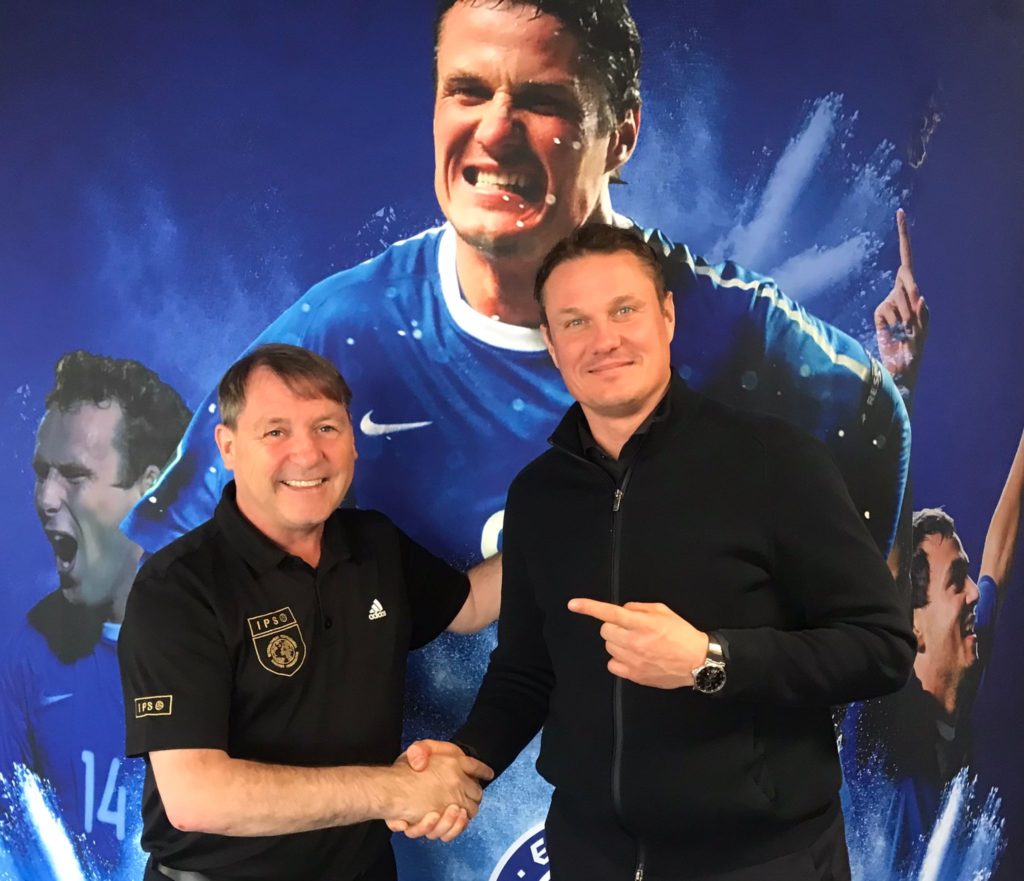 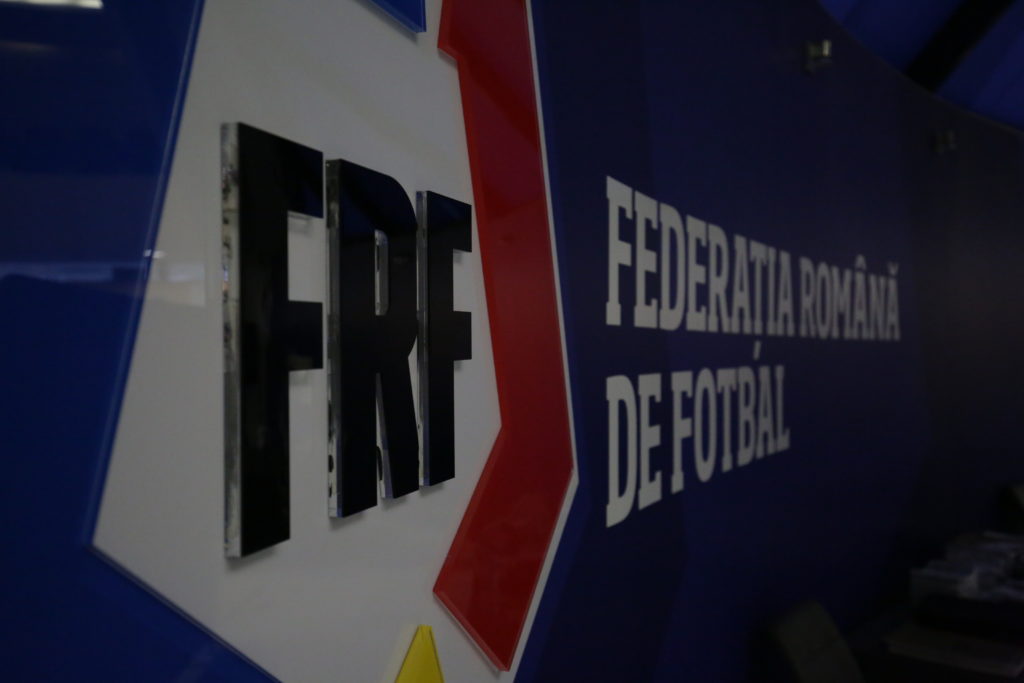 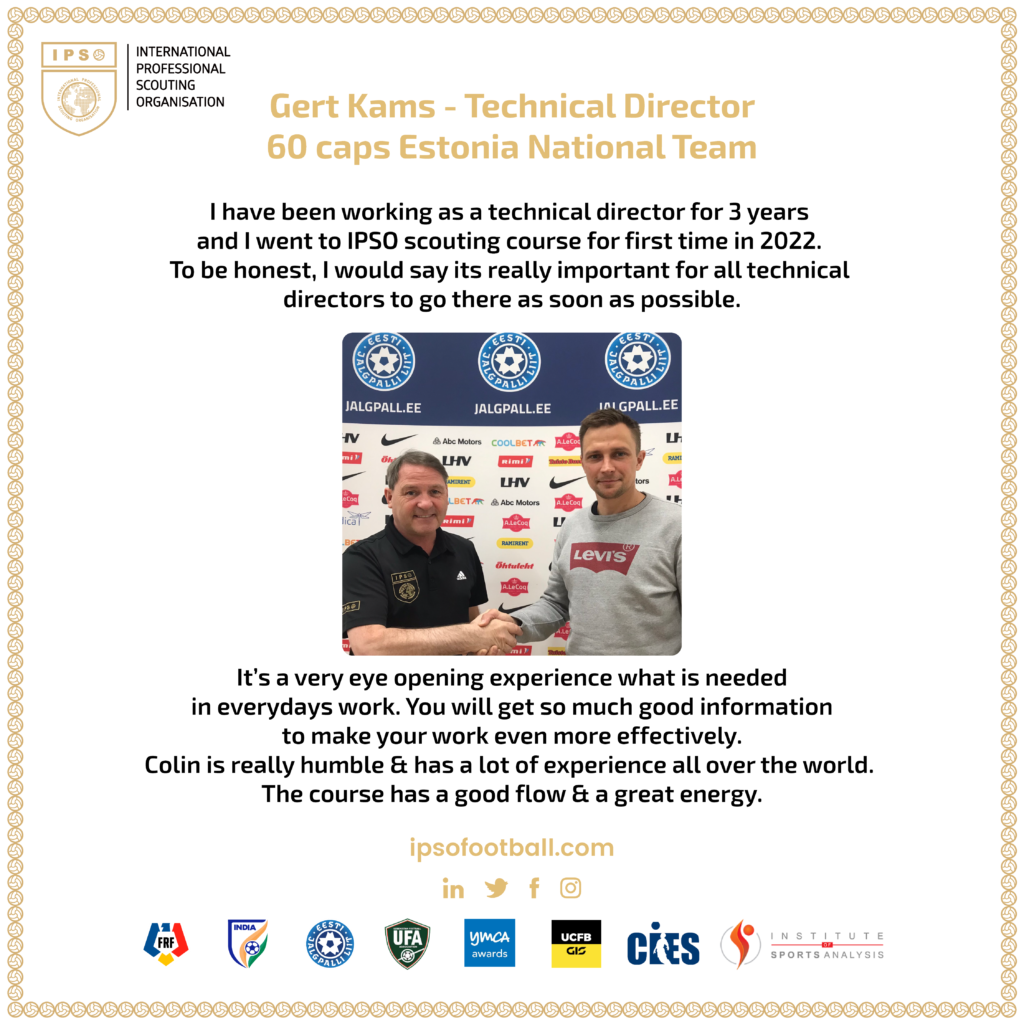